Hubby said he was going camping and needed my help with sewing some new hammocks.  I was more than excited.  It had been a long time since I actually sewn new projects, other than just repairing clothing or bags. 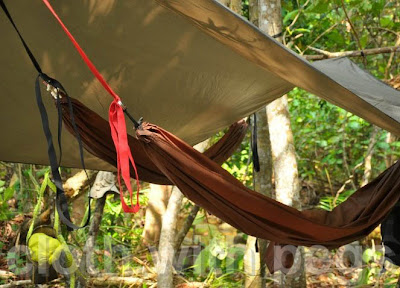 He told me how he wanted it done.  Showed me some of the other stuffs they had and asked me if I could do something similar.  Roughly, this was what we did with the ripstop nylon fabric he bought.  We cut it up into 2 panels of approximately 8'(L)x5'(W).  At both ends, I had to allow enough sleeve room for them to hang up the hammock.  Hubs thought about having this pouch sewn to the sides for keeping the hammock and also as a side pocket for when the hammock was being used. 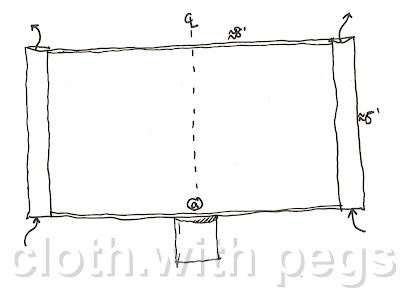 So, here's the close-up sketch for the sleeve ... 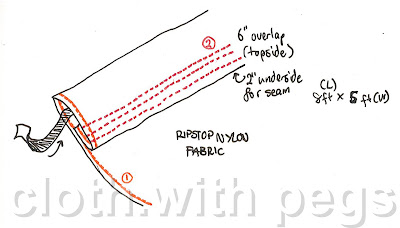 ... and, here's the side pocket or hammock pouch. 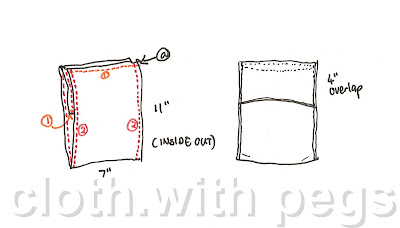 The following photos were courtesy of our good friend, Wee Ming, who took photo of me sewing away.  It only took me about 1hr to sew both hammocks, after we had it planned 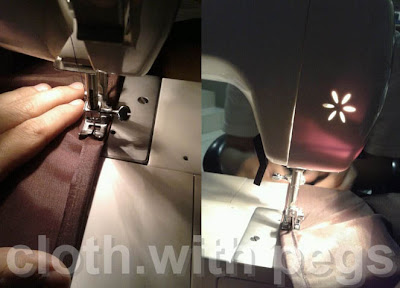 I rarely had a photo of myself at work, so here's one to share ... 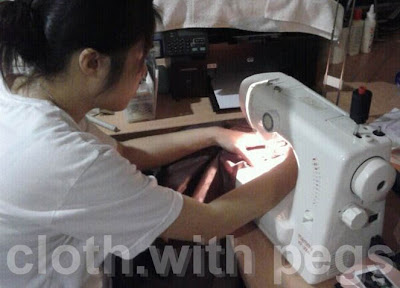 Since I didn't go on that camping trip, Wee Ming shared these pictures with me.  Hammock when stored in the pouch. 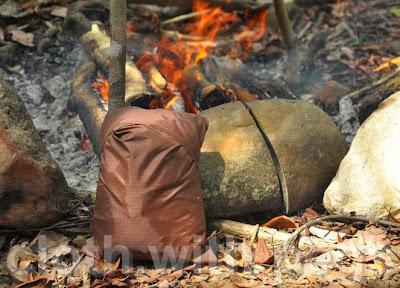 Both hammocks already unrolled and fastened to the trees.

Hubby and Syn rocking the hammocks. 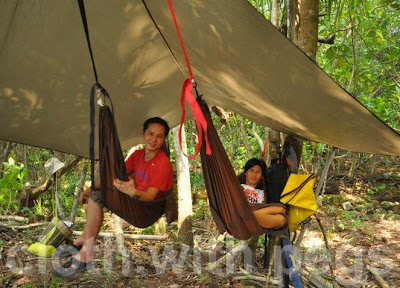 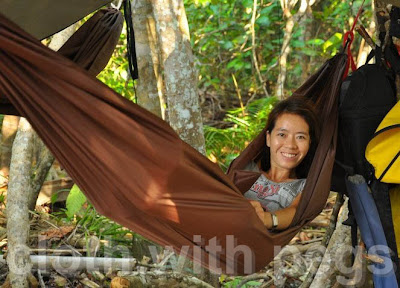 In this photo of Cheng asleep in the hammock, you can see the pouch as a pocket along the side of the hammock. 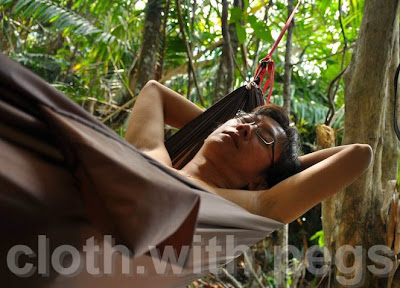 And lastly, here's Wee Ming, himself, lounging in the hammock.  Thanks, Ming for the wonderful pictures.  Glad that you all enjoyed the hammocks.  Minimum effort but maximum fun. 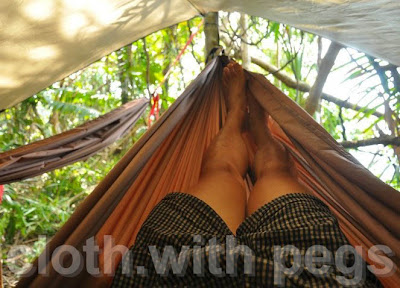 Love it! You are so rajin to do the sketches and the tutorial. I should learn to do that too... its good to share stuff like that. I shall do you the honour of pinning it on pinterest for a camping trip in the future... or when our trees grow big enough to hang hammocks... which is like at least 10 more years

Thanks Serene!!! it's really easy to make. I usually try to figure out how you make some of those things too. I don't mind sharing my rough sketches but I can't do actual scaled patterns like a professional. So hope it helps ... ;)